PRESENTING GREEN WOODS. THE VALUE FOR YOUR LAND.

Conceived as a bold answer to the challenges of urban living, Green Woods is Mysore’s best planned layout in the making.

We have invested our time, energy and passion in the little details that will make a big difference in the end, keeping a diligent eye on everything from the sustainability of resources to meeting the demands of future growth. Epic scale and minute detailing and minute detailing come together to create the ideal environment for a happy life. 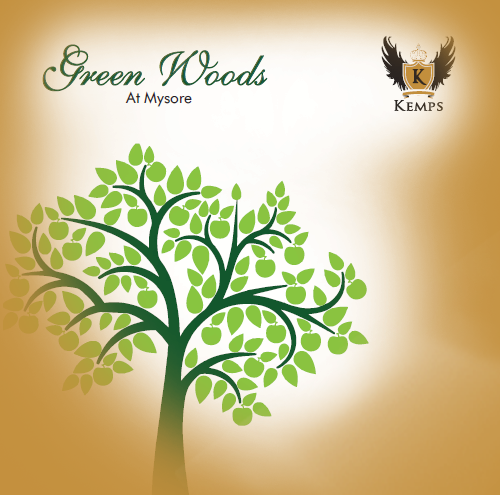 Why to Invest in Mysore?

Developments near the Project

AN INVESTMENT NEST - WHAT MAKES MYSORE SO SPECIAL

Now there are other reasons to know Mysore. Mysore has become the next favoured destination for companies. Many domestic IT companies have already started their campuses in Mysore, notable among them being Infosys. The most signicant though is the Bangalore-Mysore Infrastructure Corridor (BMIC) which includes an expressway. This will reduce the travelling time between the two cities (140 kilometres) to just 90 minutes.

Developments along the proposed Film City and the presence of many reputed MNCs has surely made this city a heaven for both end users and investors. The city today is fast shedding its image of being a getaway destination and is fast becoming a residential hotspot that is enticing many property seekers and home buyers from different parts of the world. Properties in Mysore are becoming good investment opportunities and the realty boom is paving way for the construction of many multistorey buildings. Real estate developers with both local and national existence are now creating state of the art residential spaces that are considered ideal for the cosmopolitan crowd. Wooing its potential plot buyers by offering generous living spaces at economical prices.